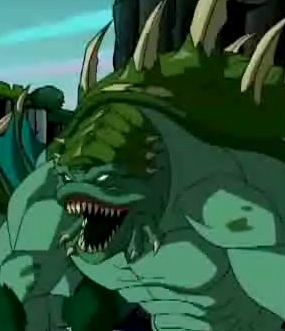 The Kappa-Tengu are simply a stylized version of theJapanese demon known as the Kappa. The term Tengu was used as a generic term for Japanese demons in The Lost Episodes, and thus, was affixed to the characters’ name.