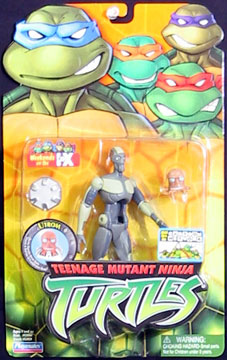 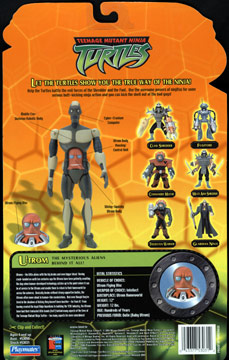 UTROM
The Mysterious Aliens Behind It All!

Utroms – the little aliens with the big brains and even bigger ideas! Having crash-landed on earth ten centuries ago, the Utroms have been patiently awaiting the day when human-developed technology catches up to the point where it can be of service to the Utroms and enable them to return to their homeworld far across the universe. Basically brains without strong supportive bodies, the Utroms often move about in human-like exoskeletons. And even though they’ve lived in the shadows of history, they haven’t been inactive – far from it! From having created the loyal Ninja Guardians to building the TCRI industry, the Utroms have had their tentacled little hands (feet?) behind many aspects of the lives of the Teenage Mutant Ninja Turtles – too many aspects for mere coincidence!