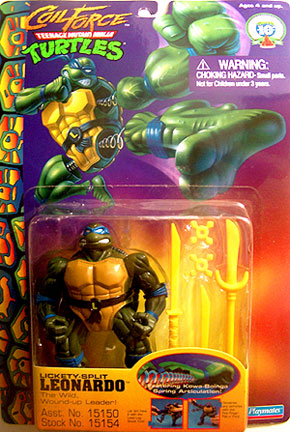 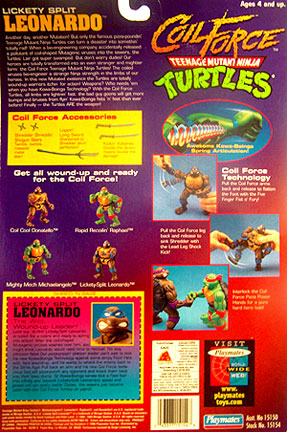 Look out, dudes! Lickety Split Leonardo is coiled like a cobra and ready to spring into action! After the coil-shaped Mutagenic viruses washed over him, you might think Leonardo would need time to recover. No way, infection face! Our pizza-poppin’ platoon leader can’t wait to test his new Kowa-Boinga Technology against some simpy Foot! He’s wild, he’s wound-up and he wants to whack the enemy back to the Slime Age! Pull back an arm and his new Coil Force bodacious bod will pizza-punch any opponent and knock them back into their toxic dump. Or Kowa-Boinga karate kick a Foot fool into infinity and beyond! Lickety Split Leonardo’s speed and power will win every battle! Dudes, the sewers just became safer with the Coil Force Turtles on patrol!