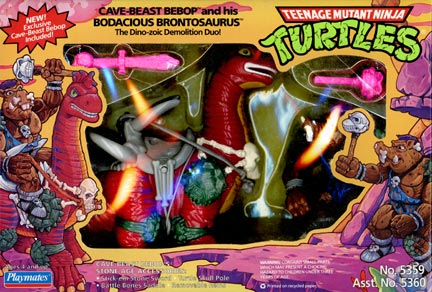 Your mother probably warned you about time travel – that going back to the Stone Age could be dangerous. Well, she’d be right, cuz you’d no doubt run into cold-blooded, dino-age warrior Cave-Beast Bebop and his Bodacious Brontosaurus! They’re a bone-bashin’ duo who live to hunt!