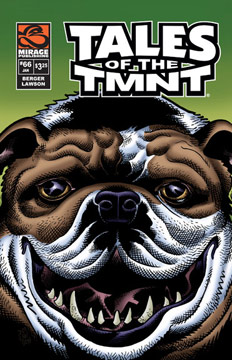 On New Year’s Eve, Mike and Don stumble upon the Madhattan Maulitia’s latest scheme to raise funds for their xenophobic war on the visiting aliens – dognapping! Mike and Don are captured when trying to free the canines and it’s up to Raph, Leo and Casey Jones to rescue them from the terrorist hate group!