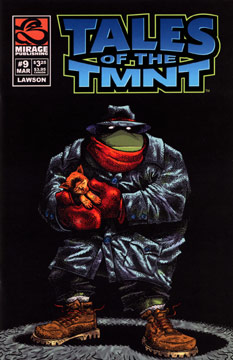 Klunk the cat is hit by a car and Michelangelo is forced to make some difficult choices while trying to save his life.