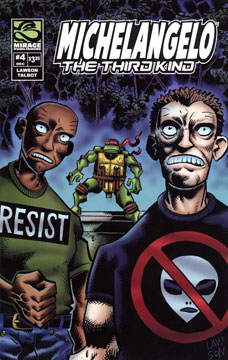 New York has been paralyzed by fear and resentment of its new resident aliens allowing H.A.A.R.M. to seize power in this chaotic time. Unable to fight the tide of growing xenophobic hatred, the alien ambassador has agreed to surrender his life to stop any further attacks against the Utroms!