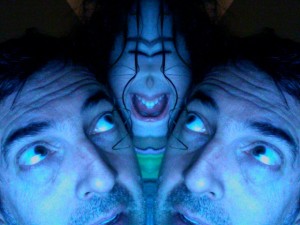 Stephen Murphy has been a staff writer on the 2003 TMNT animated series. He has also written many children’s books for the new series, and recently worked on TMNT: Fast Forward. Murphy wrote the majority of his work on TMNT Adventures under the name “Dean Clarrain“.

Murphy also created the comic book series The Puma Blues and Umbra, the latter was nominated for a Harvey award in 2007.

Murphy was a participant in the drafting of the Creator’s Bill of Rights.

Originally Posted by Steve Murphy
J.D. Vollman. Strange as it may sound: I wrote those issues but have
zero memory of having used that pseudonym. Or why. Or how I came up
with the name.

Makes me wonder how much else I’ve forgotten!