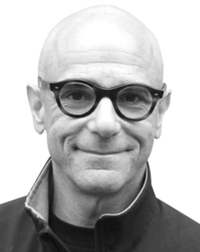 Bob Bejan is the Chief Development Officer of MSLGROUP. He is the co-founder and CEO of PBJS, Inc., an advertising and marketing consulting firm that formed from the merger of Insight Creative and Optimobius, Inc., where he was previously CEO. PBJS, Inc. is now part of MSLGROUP. He also acts on the Board of Advisors for Revenue Science and is on the Board of Directors for Aptimus, Inc.. His career has spanned many types of new media and interactive media, including work at Interfilm, LLC, Microsoft, Virtual Worlds, Inc. and Warner Bros. Interactive Entertainment. He is also a member of the Directors Guild and the Writer’s Guild.

Bob wrote the screen play for Coming Out of Their Shells, as well as directed, producted, composed the music for the soundtrack. He providedMichelangelo’s singing voice for the production.