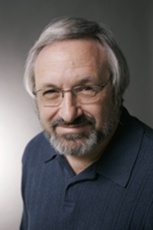 Barry Gordon (born December 21, 1948) is the regular voice actor for Donatello and Bebop in the 1987 animated series. In a interview for the Season 5 DVD set, he admitted to being an avid pizza eater.

Gordon was born in Brookline, Massachusetts. He began his professional life at age three; in his TV debut, he won second place on Ted Mack’s Amateur Hour singing Johnnie Ray’s “Cry”. At six, Gordon recorded “Nuttin’ for Christmas”, still one of the top-selling Christmas recordings of all time. It sold over one million copies, and was awarded a gold disc. He was the youngest performer ever to hit the Billboard Hot 100, when that song hit #6 in 1955.

As a child star, Gordon also appeared on The Jackie Gleason Show, The Jack Benny Program, and Star Time with Benny Goodman. Barry Gordon also appeared as Humberto in an episode of the NBC sitcom Sally, starring Joan Caulfield, and as Chopper in ABC’s Leave It to Beaver Episode 119: “Beaver’s House Guest”.

When he was thirteen, Gordon debuted on Broadway, as Nick in Herb Gardner’s A Thousand Clowns, a role that earned him a Tony Award nomination. He later reprised this role in the film version opposite Jason Robards and Martin Balsam in 1965. The film gave him “introducing” billing but he had actually been in several films prior, most notably his actual film debut in 1956’s The Girl Can’t Help It as a newspaper boy in which he uttered the classic line after seeing Jayne Mansfield, “If that’s a girl, I don’t know what my sister is.”

Primarily as a character actor, Gordon became a familiar face in numerous feature films and television series. In the 1970s, Gordon appeared in the Barney Miller spin-off Fish, starring Abe Vigoda. In the last two seasons of the sitcom All in the Family, then known as Archie Bunker’s Place, Gordon had the recurring role of Gary Rabinowitz, Archie’s Jewish accountant. Gordon also had notable guest-starring roles on Star Trek: Deep Space Nine as Nava, a Ferengi businessman, and on Star Trek: Voyager as Ardon Broht, an alien publisher. More recently Gordon has appeared as the Rabbi in Larry David’s Curb Your Enthusiasm.

Gordon is also a voice actor. His most notable voice roles were Donatello and Bebop in Teenage Mutant Ninja Turtles, and as Razor/Jake Clawson in SWAT Kats: The Radical Squadron (1993). Gordon’s voice was also featured in other animated series, such as Jabberjaw, The Kid Superpower Hour with Shazam!, Mighty Orbots, The Snorks, The Jetsons, Gravedale High, Darkwing Duck, A Pup Named Scooby-Doo, Batman: The Animated Series, Pac-Man, Tom & Jerry Kids, The Smurfs, Droopy, Master Detective, Fantastic Max, Pole Position, The Pirates of Dark Water and The Adventures of the American Rabbit. Gordon also provided the voice of the Quik Bunny / NesQuik Bunny character in television commercials for Nestlé Quik/NesQuik.

Gordon became the longest-serving president of the Screen Actors Guild, holding the office for seven years (one year longer than either Charlton Heston or Ronald Reagan).

In 1998, Gordon was the Democratic Party nominee for the United States Congress from the Pasadena, California area. He surprised political pundits, of both parties, by coming within three points of unseating the Republican Party incumbent, Rep. James Rogan.

In 2004, when the local Air America Radio affiliate in Los Angeles went off the air, for a then-unspecified period of time, Gordon started a live, call-in progressive political talk show on Pasadena’s Public-access television cable TV channel 56. It continues to be cablecast and webcast live, with Adobe Flash video available on demand.

Since 2007, Gordon has taught courses in politics and the media at the California State University, Los Angeles.