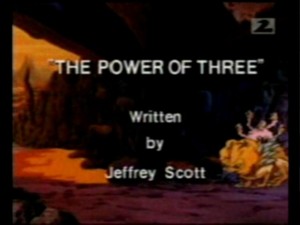 SYNOPSIS:
The Dreggnaut is orbitting the Earth. Onboard Mung tells Dregg that he met Shredder and Krang. Shredder had told Mung that he had destroyed the Turtles with a miniaturization ray, but he was obviously lying.
At the lair, Donatello fires a ray at Carter and finally cures him of his mutations. Carter says his goodbyes.
Dregg and Mung start up the Vortex Transporter and cause a blackout all over the City. They successfully transport Shredder and Krang!
The power failure causes chaos all over the city. The Turtles and Splinter get caught up in a flood.
Dregg and Mung think they can get Shredder and Krang to help them destroy the Turtles and make Dregg ruler of the Earth. Shredder and Krang have similar plans except it will be them that rule the planet and not Dregg.
April is stuck in traffic when Shredder and Krang get into her car! The reporter manages to get in touch with the Turtles with her Turtle Com. The TMNT grab a cab to track her down. When they fond April’s car, the Green Team sees that she is also being pursued by Mung’s shuttle craft.
Mung transfers the Turtles’ coordinates to Dregg and they all wind up transported to a power plant.
A big battle ensues. Shredder lets Dregg think he is working with him again, but as soon as Shredder gets a chance he turns the tables on Dregg. Then Dregg sets his micro-bots on Shredder and gains control once again.
Dregg reveals his plans: he will drain the mutagen from the Turtles and the mental energy from Shredder and Krang – making himself the most powerful and intelligent mutant in all the universe.