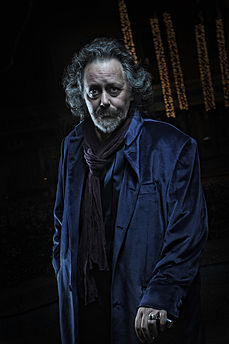 Michael Zulli is an American artist known for his work as an animal and wildlife illustrator and as a comic book illustrator. He’s gotten great acclaim for his work on The Sandman with writer Neil Gaiman and has been a longtime collaborator with the author. Zulli’s work is characterized by detailed realism, a delicate, painterly touch, and a hint of the Pre-Raphaelites.

The Early Years
Michael Zulli is an artist best known for his comic book and graphic novel illustrations. However, he has also enjoyed a career that spans well beyond the comic industry. He began his love of art at an early age claiming to have started “about the time I could hold a crayon or pencil, say four or five years old I started making pictures with purpose. I was born this way; I can’t help it.”[1] He later started creating art as both a desire and career at the age of fifteen. He is also completely self-taught with no formal fine arts training except a few community college courses in the 1970s.

Zulli’s influences include: the painters of old Roman Catholic holy cards, Titian, Gustave Doré, William Blake, Dante Gabriel Rossetti, James McNeill Whistler, Jack Kirby, Sean Cheetham and Jason Shawn Alexander. Movements and styles like the Pre-Raphaelites, the tonalism of Whistler and his contemporaries and the more modern urban realism in comics storytelling have also captured his attention. He’s worked with a wide array of media in creating his works including: graphite, ink, pastel, watercolor, acrylics, oils, or as he puts it, “just about anything that can make a mark really.” His first professional sale of artwork was a small landscape painting he sold to a grocery store in Vermont.

The Comics Industry
Zulli made the decision to enter the comics world after seeing the publication The Adventures of Luther Arkwright and Barry Windsor-Smith’s The Beguiling. His comic book career began in earnest in October 1986 with the comic book The Puma Blues collaborating with writer Steven Murphy. The monthly title was published by Dave Sim’s Aardvark One International and later by Mirage Studios. Zulli’s illustrations of the characters, wildlife and natural landscapes in the polluted post-industrial environment of the story’s not-too-distant future offered eye-opening line art that displayed a level of representational detail well beyond what had usually come out of comics. The ecological warnings of the series put forward an argument for natural conservation and against the abuse and pollution of the natural environment. The series went on for 23 issues and a mini-comic half issue, ending in 1989.

Later Zulli went on to illustrate stories for the Mirage Studios characters the Teenage Mutant Ninja Turtles and some stories in artist Stephen R. Bissette’s anthology publication Taboo put out by Bissette’s publishing company Spiderbaby Grafix. He drew a somewhat infamous, never-published issue of DC Comic’s Saga of the Swamp Thing in which the title character meets Jesus Christ. According to Zulli “the Swamp Thing issue was basically pulled due to the current climate of unrest surrounding the satanic verses by Rushdie.” A few years later in the 1990s another unfinished and unpublished story, Sweeney Todd, written by Neil Gaiman and illustrated by Zulli for Bissette’s Taboo anthology was stopped when the anthology itself was discontinued. By this time Zulli had gotten the attention of many writers, editors and artists in the comics industry. In 1990 he guest pencilled issue 13 of DC Comic’s nascent Vertigo series The Sandman written by Neil Gaiman. Zulli would go on to illustrate seven Sandman issues including the final Sandman story arc “The Wake” as well as several other projects written by Gaiman. He’s credited with co-creating the character of Hob Gadling from the Sandman series with Gaiman. He illustrated part of the final Sandman storyline called The Wake. After The Sandman series ended, he had a gallery show called “Visions of the Wake” in New York City. He also began illustrating for several newer Vertigo imprint titles including Winter’s Edge, Witchcraft: La Terreur and Sandman Presents: Love Street.

From the time he began in 1986, Zulli has illustrated for DC Comics, Marvel Comics, Dark Horse Comics, Image Comics and several other smaller, independent companies. He’s maintained his detailed rendering style throughout his career in comics despite the publisher he’s worked for or the characters he’s illustrated. He has carved out a reputation as a highly-detailed illustrator who takes an exceeding pride in what he does. He’s stated his personal philosophy as “Truth. Honest labor. Personal integrity. Having as much fun as possible. Work hard. Never stop.”

Breaking out of the Comics Industry
In the summer of 2004 he made the decision to start leaving the mainstream comics industry. Between 2004 and 2007 his worked on projects with his close friend and colleague Neil Gaiman for Dark Horse Books. From 2006 through 2009 he worked on his first attempt at self-publishing, the graphic novel The Fracture of the Universal Boy due out in June 2011. During the time he’d been separating himself from the industry, he was illustrating commissioned art work on eBay and at comic conventions to support himself. This new project is very personal. It was largely funded through the website Kickstarter.com, which let his fans and admirers pledge money for his graphical novel as an independent artistic project. Zulli was able to get enough money directly from his fans to print the 200 page graphic novel and distribute it. When asked what it was like having successfully funded his first self-publishing work he stated it was “very weird, very wonderful and not a little humbling.”

In March 2011 he and several artists presented artwork for a gallery showing of fine art at the Nucleus Gallery in Los Angeles. The show was titled “Lined in Lead: Works in Graphite” and as the title implies all of the works were pure graphite illustrations. In the future Zulli hopes to have the ability to both publish comic book and graphic novel stories as well as work on fine art gallery shows. When asked which he prefers he stated, “Why should I have to choose? It’s all art to me. I love to tell stories and the single standalone image is just as powerful as it always has been. I need them both to be really happy.”