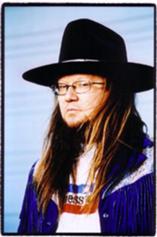 Robert Anthony “Robbie” Rist (born April 4, 1964) was the voice of Michaelangelo in all three live-action TMNT movies. He is perhaps most famously known for portraying “Cousin Oliver” in the later seasons of The Brady Bunch.

Rist would later voice another ninja, Choji Akimichi, in the English dub of the anime Naruto.

In the fifth episode of season 9 of the 1987 TV series, The Showdown, he voiced the one-off character Jet McCabe, as well as one of the alien guards.

Rist reprised his role of Michelangelo in the Casey Jones fan-film.