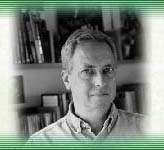 Jan Steven Strnad is an American writer of comic books and science fiction. He is most known for his work in the Star Wars Expanded Universe, the majority of which has been published by Dark Horse Comics.

His career in comics began at Warren Publishing; he has since written material for Mirage Studios, DC Comics, Marvel Comics, Eclipse Comics, and Fantagraphics Books.

He is a native of Kansas, of Czech descent.