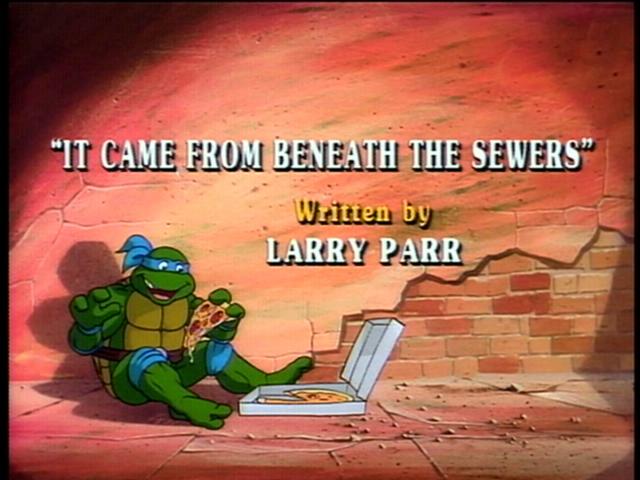 While the Turtles and April O’Neil scour the city for the Second Fragment of the Eye of Zarnov, Shredder sheepishly reports to Krang that he has lost the First Fragment and needs Krang’s help. Krang agrees and uses his high tech equipment to locate the Fragment just outside the city, near where a traveling carnival show has pitched their tents.

Meanwhile, the Crystal Converger has led the Turtles and April to the same carnival, but before they can locate the Fragment, it’s found by two small boys. While April unsuccessfully tries to get them to part with it for three dollars, the Turtles are mistaken for performers and find themselves entertaining an appreciative audience. When April finds the Turtles they’re in an effort to raise more money to purchase the Fragment, but by then Shredder stumbles upon the boys and simply steals it.

Back at his hideout, Shredder and Baxter discover another aspect of the fragment’s power: as the crystal makes contact with residue from Dimension X on Shredder’s boot, it creates a mutating spore. Shredder is convinced that this will enable him to obtain the other two Fragments and defeat the Turtles once and for all.

Later, at the Turtles’ lair, the dudes talk to Splinter, lamenting how they lost the Fragment to Shredder again. Suddenly, the mutants are attacked by a giant plant. The TMNT defeat their attacker easily, causing it to retreat back into the sewers. Our heroes and are convinced that it is not of this planet… in fact, they’re sure that it has its origins in Dimension X.

At her apartment, April receives a note signed by the Turtles instructing her to meet them at a warehouse downtown. When she arrives, April discovers Shredder rather than the Turtles. Shredhead captures the reporter and then uses her Turtle Com to contact the Turtles and invites them to rescue April… if they dare. The Turtles arrive, and disguised as pizza delivery boys, break into the warehouse. Once again, while the TMNT rescue April, Shredder and Baxter Stockman escape. Only now, the Turtles have more to be concerned about: the giant plant has grown even larger and is wrecking havoc all over the city as it bursts its way out of the sewers and up onto the streets of New York!