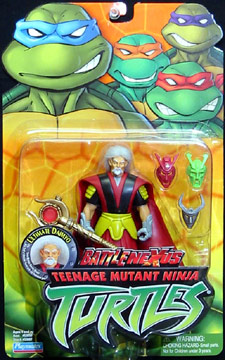 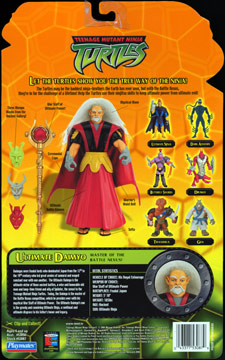 Daimyos were feudal lords who dominated Japan from the 12th to the 19th century who led great armies of samurai and waged constant war with one another. The Ultimate Daimyo is the ultimate victor of those ancient battles, a wise and honorable old man and long-time friend and ally of Splinter, the sensei to the Teenage Mutant Ninja Turtles. Today, the Daimyo is the master of the Battle Nexus competition, which he presides over with his mystical War Staff of Ultimate Power. The Ultimate Daimyo’s son is the greedy and conniving Ultimate Ninja, a continual ultimate disgrace to his father’s honor and legacy.