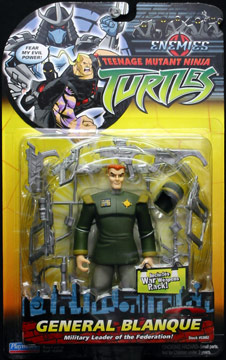 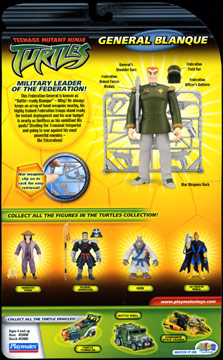 This Federation General is known as “Battle-ready Blanque” – why? He always keeps an array of hand weapons nearby, his highly trained Federation troops stand ready for instant deployment and his war budget is nearly as limitless as his ambition! His goals? Stealing the Transmat teleportal and going to war against his most powerful enemies – the Triceratons!