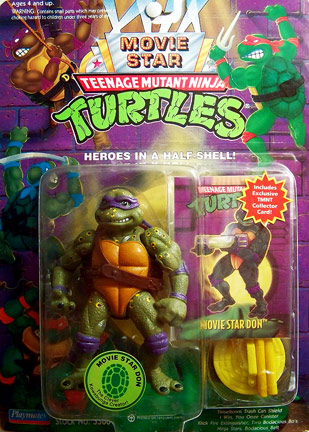 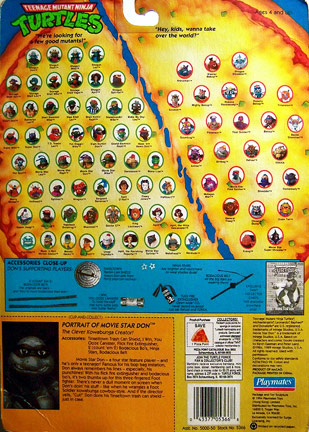 Movie Star Don – a four star feature player – and he’s only a teenager! Famous for his bop bag imitation, Don always remembers his lines – especially his punchlines! With his flick fire extinguisher and bodacious bos, it’s two thumbs up for this three-fingered Foot fighter. There’s never a dull moment on screen when Don’s doin’ his stuff – like when he wrangles a Foot Soldier kowabunga cowboy-style. And if the director yells, “Cut!” Don dons his Tinseltown trash can shield – just in case!