The outrageous, fearsome four green teen turtles Raphael, Leonardo, Michaelangelo and Donatello and their ninja mystical master Splinter were all brought to life by Jim Henson’s Creature Shop in London. Though the full extent of what they are is a carefully-guarded secret, a broad overview of their creation may be told.

Jim Henson says that the creatures are the most advanced he has ever worked with or created (including characters in “The Muppet Movie,” “The Great Muppet Caper,” Muppets Take Manhattan,” “Dark Crystal” and “Labyrinth.”)

“Making the turtles and Splinter was tricky because we had to follow the designs that were already in the comic book,” he says. “It’s a lot easier to put everything you need inside a creature when you are able to start from the beginning with your own designs.”

Henson says he things the reason why his projects have been so successful is because of the puppeteers. “The key to our success,” he says, “is the fact that we have terrific performers working the characters. They know exactly how to delineate their creatures in the most believable and entertaining way.”

“We first made a fiber glass body cast of each creature,” says Stephenson who has developed creatures for “Dark Crystal,” “Greystoke,” and “Return to Oz,” plus the NBC television series “The Storyteller” and “The Jim Henson Hour.”

When the body casts were completed, they were given to sculptors to be rebuilt with clay. Stephenson reveals: “They were then produced as molds to cast the whole body in foam rubber latex–and then painted, giving each character its own distinctive marks and coloration.”

In the past, a close-up of an animatronic’s head, Stephenson explains, has required several puppeteers and much rehearsal to produce the required expressions. For the “Turtles” movie, a way had to be found to enable close-up turtle heads to lip sync fast and efficiently, combining all the extreme cartoon type facial expressions found in the comics. “Dave’s technology gave us the system we needed enabling accurate, immediate facial movements while moving from one expression to another,” adds Stephenson.

The movie’s chief puppeteer and second unit director is Brian Henson (son of Jim), who had the responsibility of directing many of the stunt scenes and also making sure that all the puppeteers perform their characters to the very best advantage. His puppeteer credits for television include “Fraggle Rock,” “Mother Goose Stories” and “The Storyteller.” Film credits are “The Great Muppet Caper,” “Muppets Take Manhattan,” “Return to Oz,” “Santa Claus, the Movie,” “Labyrinth,” “Little Shop of Horrors” and, most recently, the Warner Bros. Feature “Witches,” scheduled for a 1990 fall release.

For the “Turtles” picture, Brian’s job was to design the performing techniques of all the characters in the film and to be involved from the first day the creatures’ designs were begun. ‘I started thinking early of how we would be using the creatures on the set,” says Brian, “how to get the maximum effect, how to basically make them most performable.”

Before filming began, Brian ran rehearsals with the performers and the characters so he would know their performance capabilities and could be of important assistance to director Steven Barron during the actual shoot.

The puppeteer sophistication utilized in making the film is far beyond anything Henson’s Creature Shop has done in the past. The most notable advance is the use of computers to transmit signals plus a multitude of servomotors, which are lighter and more durable than ever before. 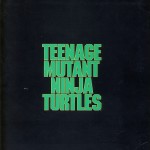 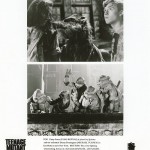 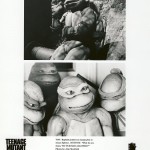 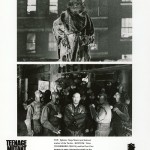 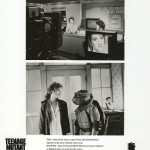 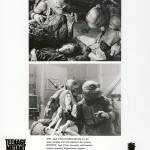 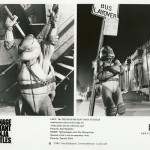 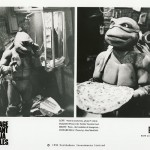 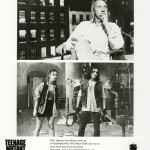 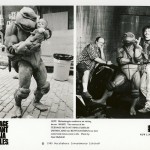 Thanks to NinjaPizza.net for sharing!