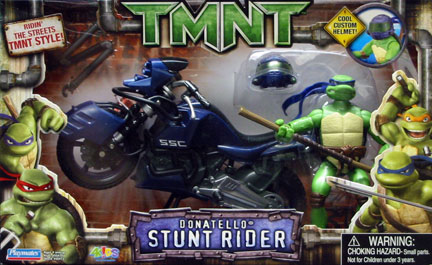 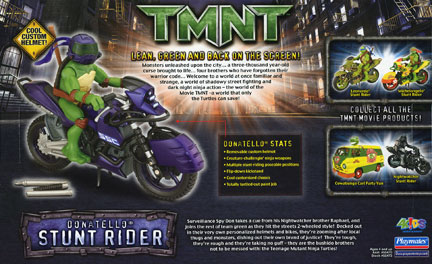 Surveillance Spy Don takes a cue from his Nightwatcher brother Raphael, and joins the rest of the team green as they hit the streets 2-wheeled style! Decked out in their very own personalized helmets and bikes, they’re zooming after local thugs and monsters, dishing out their own brand of justice! They’re tough, they’re rough and they’re taking no gruff – they’re the bushido brothers not to be messed with: the Teenage Mutant Ninja Turtles!