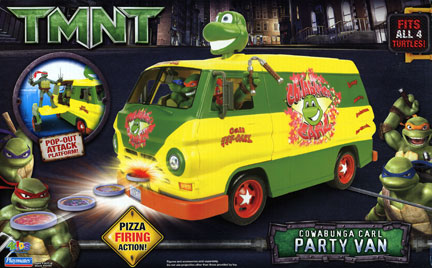 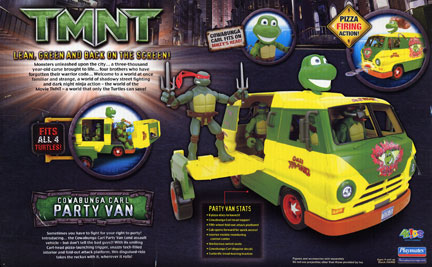 Monsters unleashed upon the city… a three-thousand-year-old curse brought to life… four brothers who have forgotten their warrior code… Welcome to a world at once familiar and strange, a world of shadowy street fighting and dark night ninja action – the world of the Movie TMNT – a world that only the Turtles can save!

Sometimes you have to fight for your right to party! Introducing… the Cowabunga Carl Part Van (and assault vehicle – but don’t tell the bad guys)! With its smiling Carl-head pizza-launching trigger, snazzy tech-filled interior and fold out attack platform, this disguised-rides takes the ruckus with it, wherever it rolls!