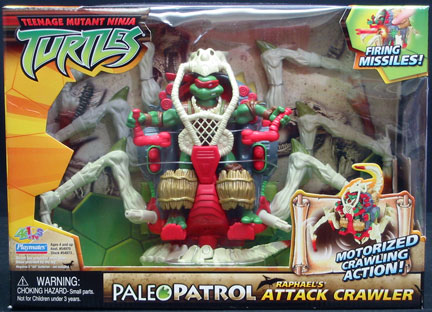 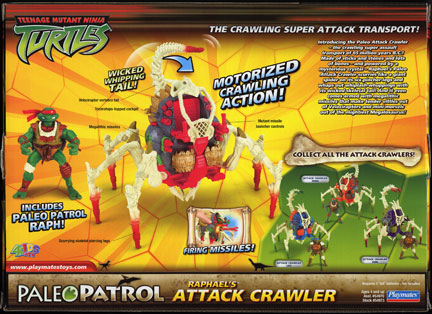 Introducing the Paleo Attack Crawler – the crawling super assault transport of 65 million years B.C.! Made of sticks and stones and lots of bones – and powered by a mysterious crystal – Raphael’s Paleo Attack Crawler scurries like a giant spider on its six pincher-legs and whaps out whiplash-whuppings with its wicked skeletal tail! And it even comes armed with megalithic missiles that can tenderize the toughest Triceratops and beat down the most brutish Brachiosaurus!