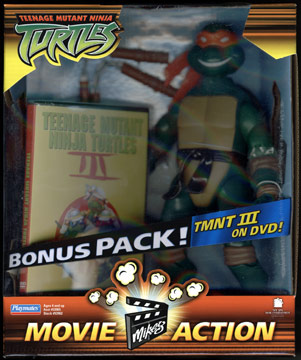 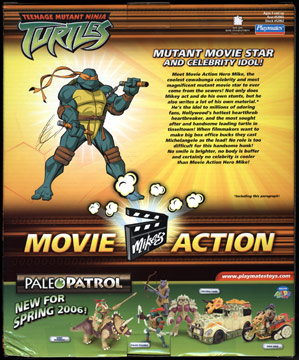 Meet Movie Action Hero Mike, the coolest cowabunga celebrity and most magnificent mutant movie star to ever come from the sewers! Not only does Mikey act and do his own stunts, but he also writes a lot of his own material.* He’s the idol to millions of adoring fans, Hollywood’s hottest heartthrob heartbreaker, and the most sought after and handsome leading turtle in tinseltown! When filmmakers want to make big box office bucks they cast Michelangelo as the lead! No role is too difficult for this handsome hunk! No smile is brighter, no body is buffer and certainly no celebrity is cooler than Movie Action Hero Mike!