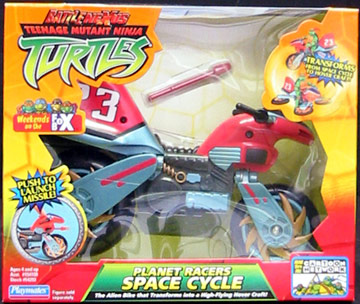 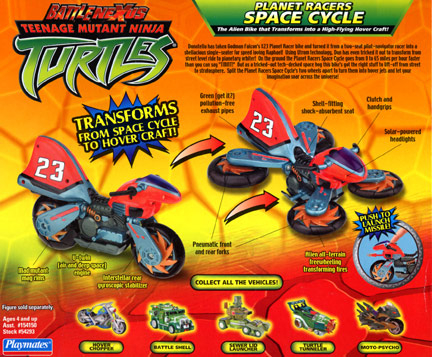 Donatello has taken Godman Flacon’s #23 Planet Racer bike and turned it from a two-seat pilot-navigator into a shellacious single-seater for speed-loving Raphael! Using Utrom technology, Don has even tricked it out to transform from street level ride to planetary orbiter! On the ground, the Planet Racers Space Cycle goes from 0 to 65 miles per hour faster than you can say “TMNT!” But as a tricked-out tech-decked space hog, this bike’s got the right stuff to lift-off from street to stratosphere. Split the Planet Racers Space Cycle’s two wheels apart to turn them into hover jets and let your imagination soar across the universe!