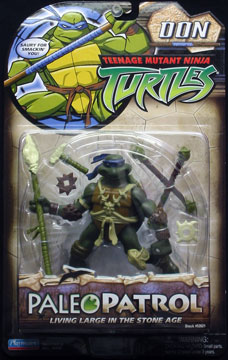 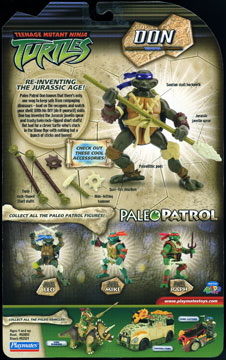 Paleo Patrol Don knows that there’s only one way to keep safe from rampaging dinosaurs – load on the weapons and watch your shell! With his DIY (Do It Yourself) skills, Don has invented the Jurassic javelin spear and trusty twin rock-tipped short staffs! Not bad for a clever turtle who’s stuck in the Stone Age with nothing but a bunch of sticks and bones!