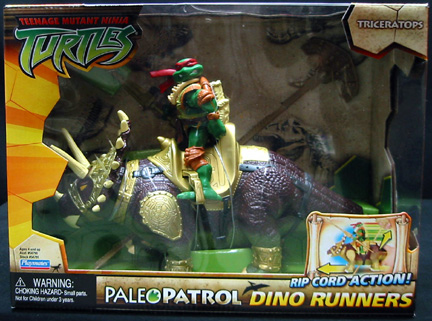 For Paleo Patrol Raphael the time for battle is always now, not later – even if “now” is 65 million years ago in the Late Cretaceous period! Mounted on his massively armored triceratops and armed with a sharp shin bone sai and a mega monolithic stone spear lance, Paleo Patrol Raph prods his feisty frilled dinosaur forward, charges fast and furious, and drives his enemies back… all the way to the Stone Age!