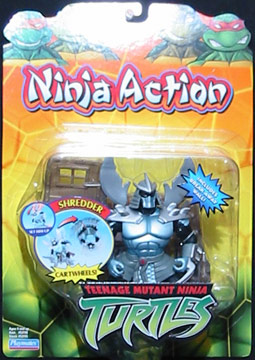 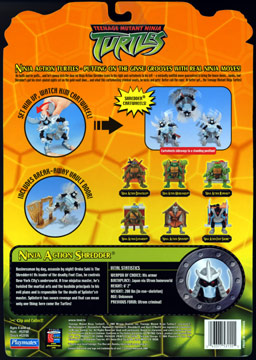 Businessman by day, assassin by night! Oroku Saki is the Shredder! As leader of the deadly Foot Clan, he controls New York City’s underworld. A true ninjitsu master, he’s twisted the martial arts and the bushido principles to his evil plans and is responsible for the death of Splinter’s master. Splinter has sworn revenge, and that can mean only one thing: here come the Turtles!