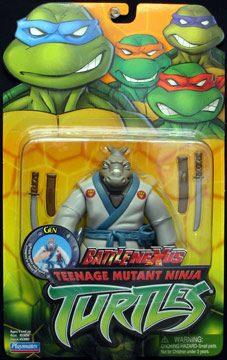 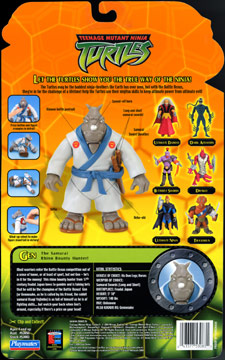 Most warriors enter the Battle Nexus competition out of a sense of honor, or at least of sport, but not Gen – he’s in it for the money! This rhino bounty hunter from 17th century feudal Japan loves to gamble and is taking bets that he will be the champion of the Battle Nexus! Gen (or Gennosuke, as he is called by his friend, the rabbit samurai Usagi Yojimbo) is as full of himself as he is of fighting skills… but watch your back when Gen’s around, especially if there’s a price on your head!