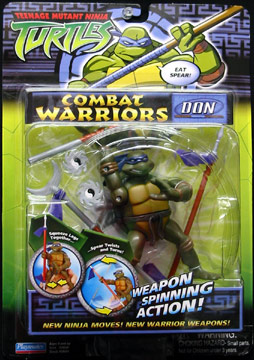 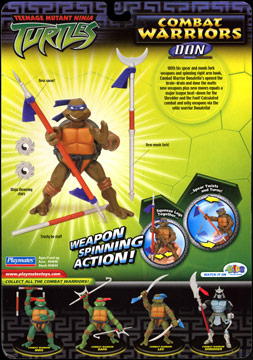 With his spear and monk fork weapons and spinning right arm hook, Combat Warrior Donatello’s opened the brain-drain and done the math: new weapons plus new moves equals a major league beat-down for the Shredder and the Foot!Calculated combat and wily weapons via the whiz warrior Donatello!