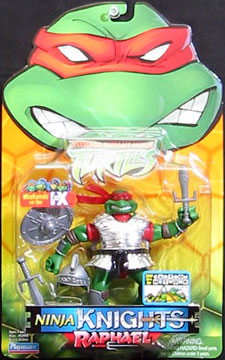 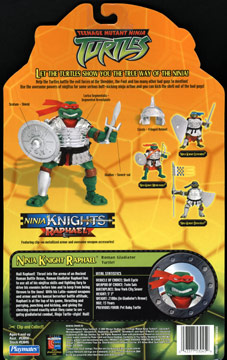 Hail Raphael! Thrust into the arena of an ancient Roman Battle Nexus, Roman Gladiator Raphael has to use all of his ninjitsu skills and fighting fury to drive his enemies before him and keep from being thrown to the lions! With his Latin-named weapons and armor and his banzai berserker attitude, Raphael is at the top of his game, thrusting and parrying, punching and kicking, and giving the cheering crowd exactly what they came to see – gutsy gladitorial combat, Ninja Turtle-style! Hail!