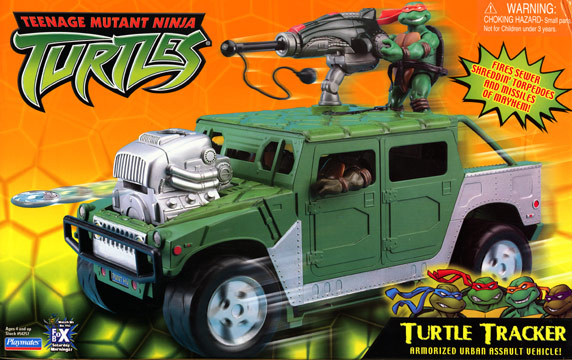 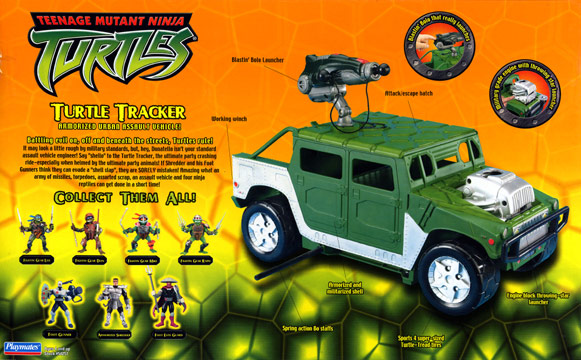 Battling evil on, off and beneath the streets, Turtles rule!

It may look a little rough by military standards, but, hey, Donatello isn’t your standard assault vehicle engineer! Say “shello” to the Turtle Tracker, the ultimate party crashing ride – especially when helmed by the ultimate party animals! If Shredder and his Foot Gunners think they can evade a “shell slap”, they are SORELY mistaken! Amazing what an army of missiles, torpedoes, assorted scrap, an assault vehicle and four ninja reptiles can get done in a short time!