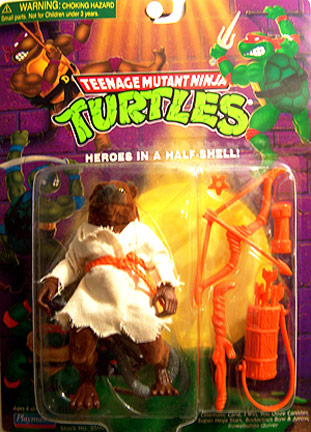 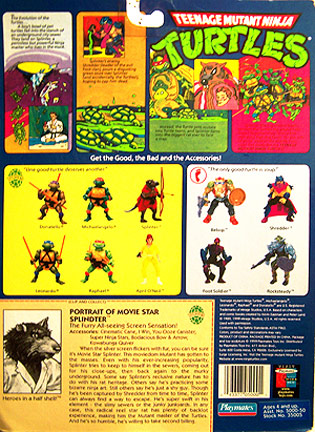 When the silver screen flickers with fur, you can be sure it’s Movie Star Splinter. This moviedom Mutant has gotten to the masses. Even with his ever-increasing popularity, Splinter tries to keep to himself in the sewers, coming out for his close-ups, then back again to the murky underground. Some say Splinter’s reclusive nature has to do with his rat heritage. Others say he’s practicing some bizarre ninja art. Still others say he’s just a shy guy. Though he’s been captured by Shredder from time to time, Splinter can always find a way to escape. He’s super swift in his element – the slimy sewers or the junky junkyards. In any case, this radical reel star rat has plenty of back lot experience, making him the Mutant master of the Turtles. And he’s so humble, he’s willing to take second billing.