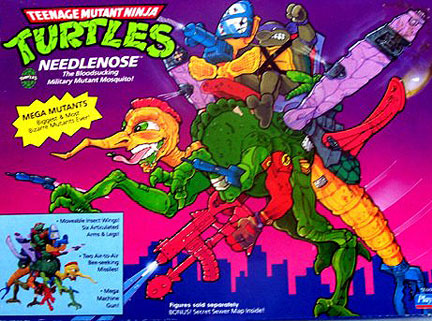 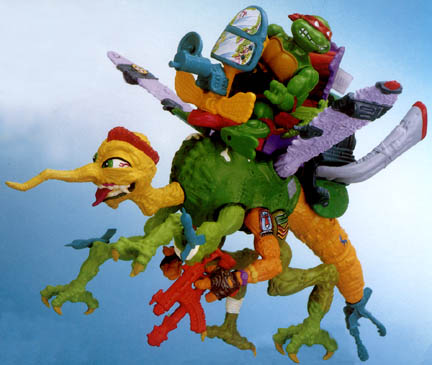 Neednose
What do you get when you cross a mosquito with a jet fighter? You get Needlenose, the Turtles’ largest and most bizarre ally. This blood-sucking military mutant with a killer crew cut is always prepared for battle with his two bee-seeking missiles and handheld mega machine gun. He’s got six articulated arms and legs along with two movable insect wings. One Turtle can ride on the Tongue Seat while more hang off to the sides, as Needlenose flies in the face of the Foot. There’s also the rotating tail gun, gatling gun and plasma powered rocket engine. Figures sold separately.
Box image provided by Vaughn Michael
©1990 Playmates Toys