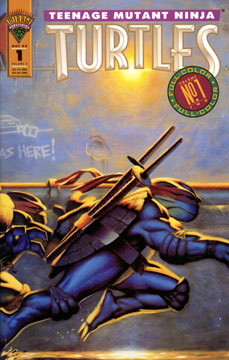 Splinter has a violent dream and he takes Donatello to a shrine where they can meditate. While there, Donatello sees a vision of the future.

April dreams she’s being chased and captured by Baxter Stockman.

Leonardo awakes upon a table, surrounded by aliens, who inject him with something…