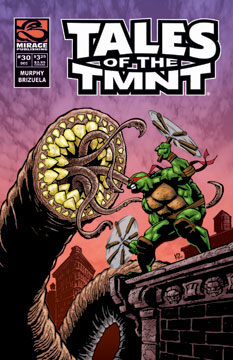 Michelangelo encounters anachronistic sorcery when trying to write his novel. Inspired by a panel from TMNT volume 4 #18

Backup Story: “The Mother of All Anger” written by Will Tupper, pencils by Jon Landry, inks by Derek Fridolfs