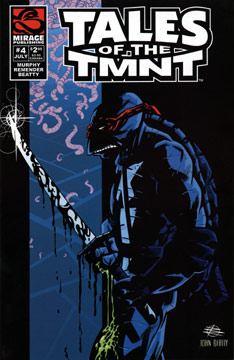 The TMNT seek the aid of the powerful mystic Pai-Doth Noor who frees them from the Spell of Reversal and transports them to the spot where the Foot Mystic and Shredder shark monster are planning to use Splinter’s body to host the clone worms.