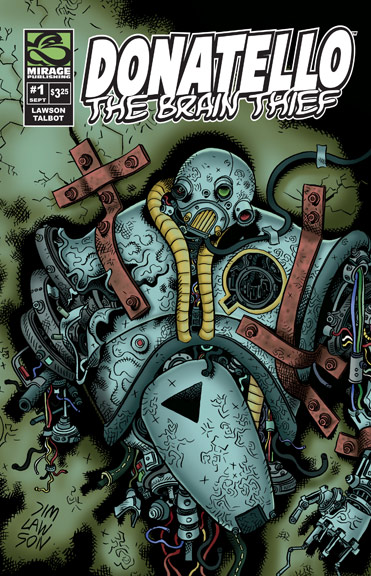 This story takes place immediately after the events of Teenage Mutant Ninja Turtles issue 9 of series 2.
After defeating the Baxter Stockman Robot, and unknown to his brothers, Donatello takes the robot’s remains and sequesters them in a secret room hidden in the sewers. Why would he choose to reactivate their old enemy and more importantly, what is this new robot prowling the sewers?