Following in the tradition of the original TMNT microseries comes the first of four stand-alone tales centering on each Turtle. Raphael’s place in the world is uncertain and he can’t shake the feeling that he’ll always be an outsider. That changes when he finds another mutant, the arctic fox Alopex, who may have a new clue pertaining to the Turtles origin. Unfortunately she’s too busy being hunted alive to share the info! Will Raphael and his new friend survive the night?

Bullet points:
Blockbuster Angel: After the Fall team of Lynch and Urru reunited!
New character Alopex designed by Kevin Eastman—his first new design for the TMNT world in over 15 years!
Cover by David “Mouse Guard” Peterson!
Printing Error – Cover RI-B (the Eastman Retro Cover) has an error on it.  The cover should be labeled “RI B” but instead is labeled “RI A.”  The actual “RI-A” cover (the Peterson B&W variant) also states “RI A.” 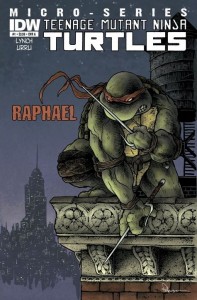 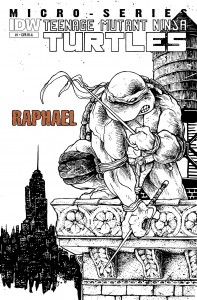 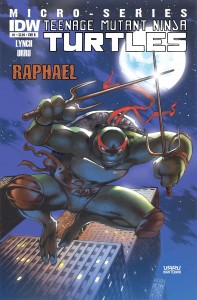 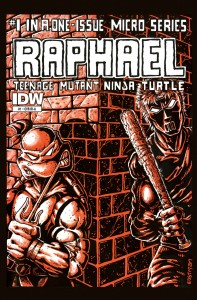 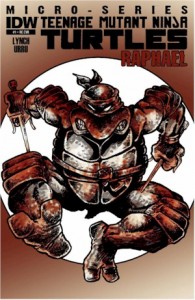 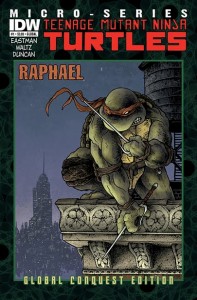 Special thanks to rich at tmnt-ninjaturtles.com for sending over the covers