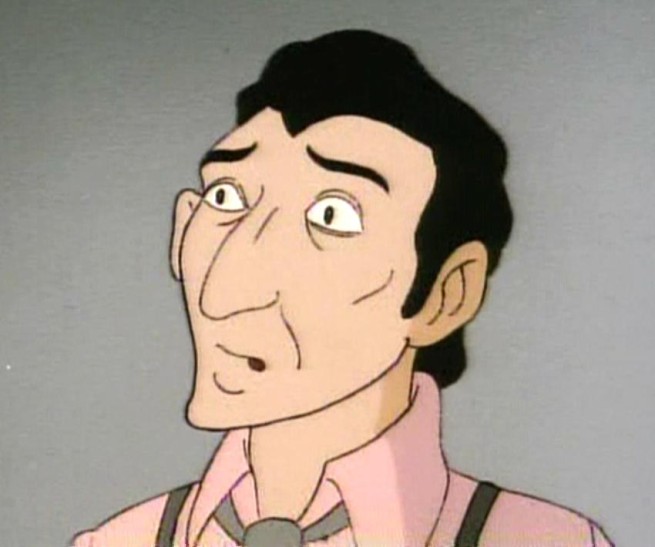 Vernon Fenwick was a cameraman at Channel 6 in the 1987 TV series and Archie Comics. Vernon Fenwick and Burne Thompsonoften blamed the Turtles for crimes. Sometimes Vernon Fenwick tried to take April’s place as a news reporter, but his cowardice in the face of almost everything was his undoing. Interestingly, in the pilot episode, Vernon stood up for April after she had gone missing. Vernon often sped away from the first sign of trouble, often leaving behind April. He was once abducted by the Turtles and blindfolded in order to operate sound equipment that neither April nor the Turtles knew how to use. His blindfolding was presumably not to reveal the Turtles or their hideout. Although April was annoyed by Vernon for the most part, in The Mutagen Monster she recruits the Turtles to rescue Vernon from danger after learning a crash of two chemical trains has made mutagen, resulting in two bulls transforming into a monster. Vernon did have more courage when trapped in a tough situation. In Leatherhead Meets the Rat King, April, Irma and Vernon are trapped in the sewers by Leatherhead and the Rat King. The two villains become angrier with each other and resort to fighting rather than kidnapping, and Vernon stands his ground and uses the video camera to record the fight. April thanks Vernon for getting great footage and believes it will be a great story. However, his pride proves his undoing, as he attempts to say the story was his idea, until Donatello says he failed to pay attention to detail by not removing the cap from the camera lens. When Vernon and April were kidnapped by Don Turtelli, he uses his infamous “tickle torture” on Vernon, who refuses to reveal secrets, actually earning praise from April for not cracking under pressure. In the first season he is called “Vern Burke”, and in at least one comic he was called “Vernon Brindle”.