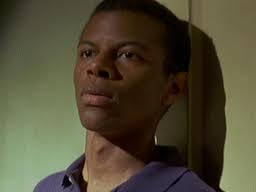 Phil did additional voices in the film TMNT, and is the voice of Baxter Stockman in Nickelodeon’s TMNT series.