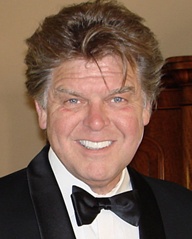 Pat Fraley (born February 18, 1949) is a prolific American voice actor who has provided voices for numerous characters in the 1987 TV series. He is also a member of Voice and Speech Trainers of America. He grew up in the Mormon faith but became a born again Christian later in life. He is married and has four sons. He lives in Studio City, California. He is a neighbor and a good friend of fellow actor Edward Asner. He holds an MFA degree in Acting from Cornell University.