Jagwar is a member of the Mutanimals in the TMNT Archie comicseries. He is the son of Juntarra and the Jaguar Spirit, and has raised himself since he was twelve. At one point he helps the Turtlesrescue April O’Neil and the enslaved natives from the Lost Tepui mine.

As far back as 1989, Stephen Murphy and Michael Dooneyproposed via sketch, an action figure for Jagwar, to Playmates. 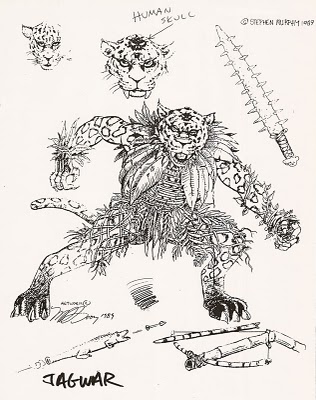 Later, as detailed on Stephen Murphy’s (now defunct) blog, Playmates planned to release a set of “Global Mutant Missions” that included the Turtles as well as a mutant Komodo dragon, jaguar, gorilla, and Tasmanian devil. Murphy was writing the biographies for the characters, and decided to make the jaguar mutant into Jagwar. Sadly, Jagwar and the Tasmanian devil (which Murphy had fought to make a hero instead of a villain) were canceled, and later, the entire line was shelved. 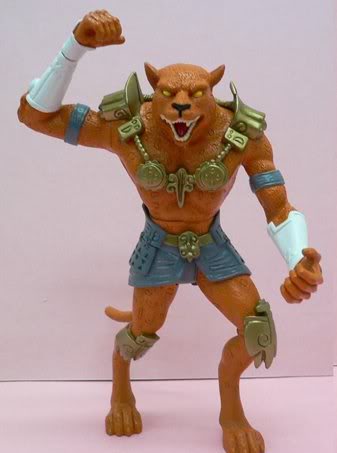