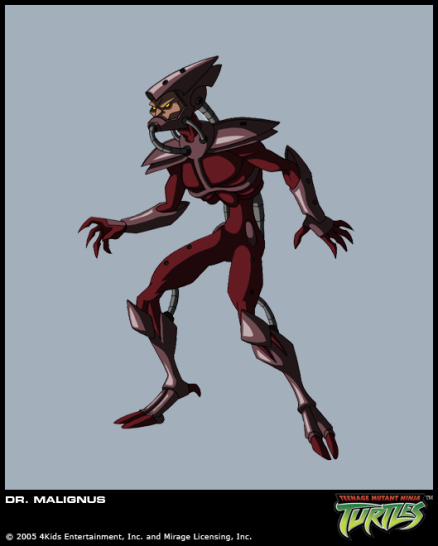 Dr. Malignus is a super villain based in New York City. He has no powers, but was able to develop technology that allows him to control other people.

In the Teenage Mutant Ninja Turtles: Fast Forward episode Clash of the Turtle Titans Dr. Malignus can be seen in the opening story Michelangelo is telling he also appears in the episode The Journal.

In the TMNT: Back to the Sewer episode Super Power Struggle Dr. Malignus tries to steal the Green Mantle’s cape. But is defeated byRaph and Mikey.