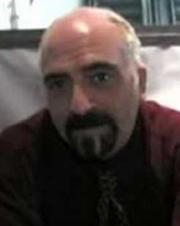 David Zen Mansley is a voice actor in the 2003 animated series, Fast Forward,Back to the Sewer, Teenage Mutant Ninja Turtles 2: Battle Nexus, and Teenage Mutant Ninja Turtles 3: Mutant Nightmare. He has also provided the voice for Armand_Aniskov on the cartoon series Speed Racer: The Next Generation. And the voice of Nefertari Nebra on One Piece and Lord Van Bloot on Chaotic. He is also the Director, Writer, and Producer of the film The Blood. He has also worked on visual effects of films like Tremors 4: The Legend Begins, X2, The Arrival, The Pagemaster, Heart and Souls, Cast a Deadly Spell, Terminator 2: Judgment Day, From Beyond. And has worked on the art department of films such as Where Sleeping Dogs Lie, Trancers II, The Pit and the Pendulum, I’m Gonna Git You Sucka. He also was the Production Designer on the film Psychic Detectives.

In addition to voice work, Mansley works off-broadway as an actor, director, set-designer, and script writer.