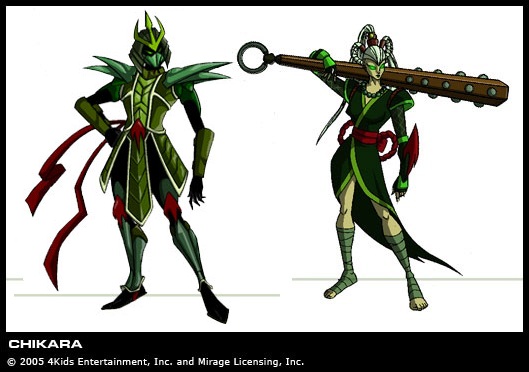 Chikara-Shisho is a member of the Ninja Tribunal and the ninjutsumaster of strength. She is the only female in the Tribunal. Besides that, her favorite weapon is the kanabo. She is prominently appeared during the fifth season of the 2003 animated series

Chikara also appears in the Fast Forward episode The Journal and once more in Back to the Sewer during the wedding of Casey Jonesand April O’Neil.